We created 7 Azure Logic Apps to handle the provisioning of the Teams:

Our flows pick up the values logged in the Dataverse tables to provision what the user requested:

The main flow takes care of the logic of the flows: executing the different steps in the right order and providing the right input. An overview of the Logic App is added below. 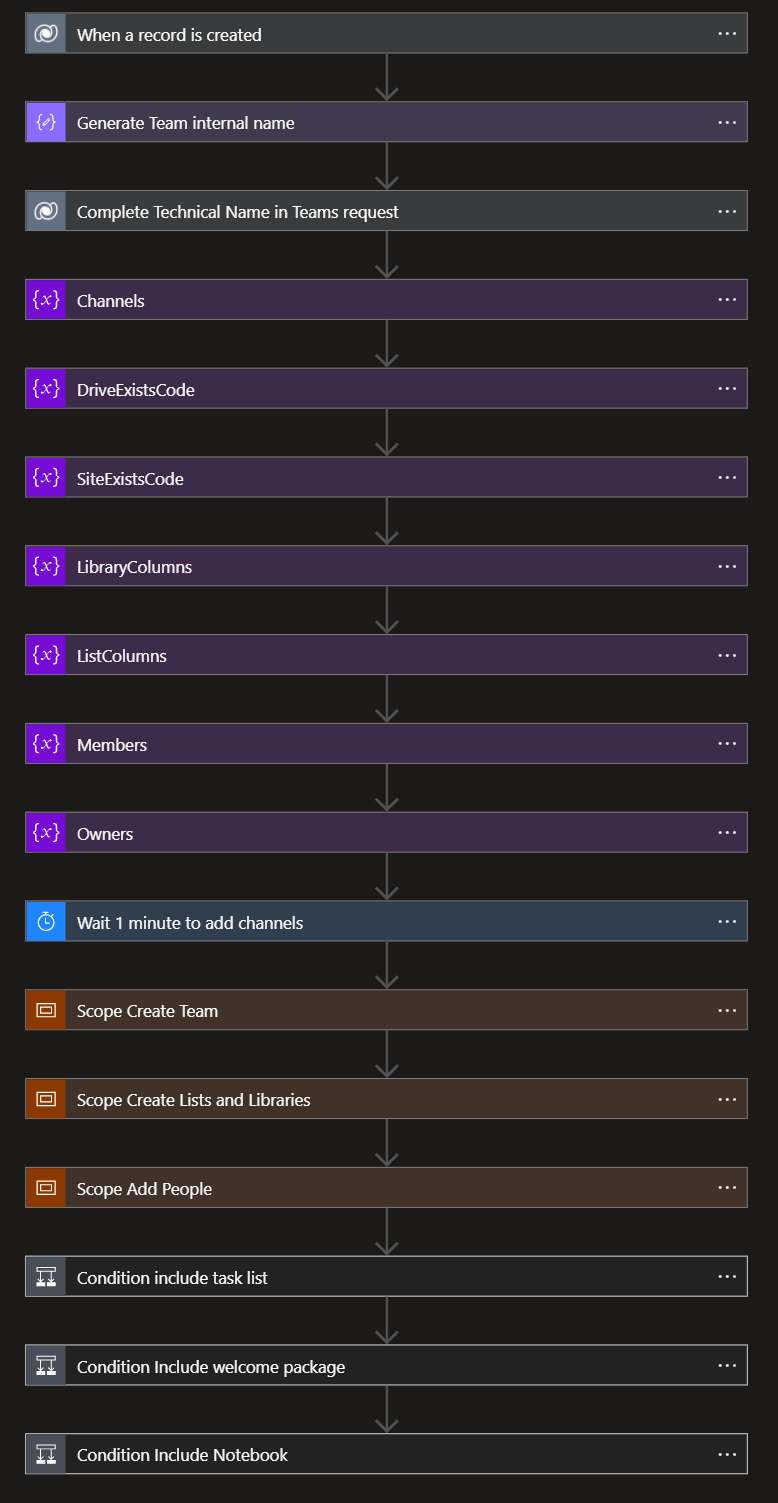 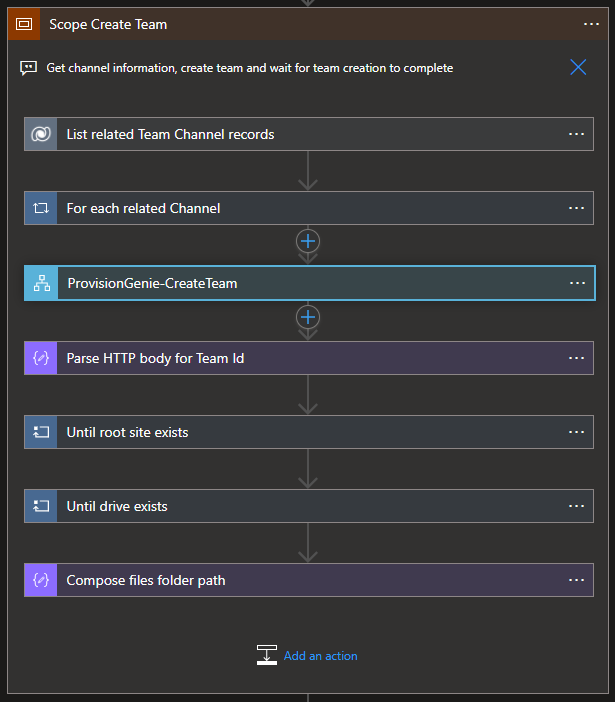 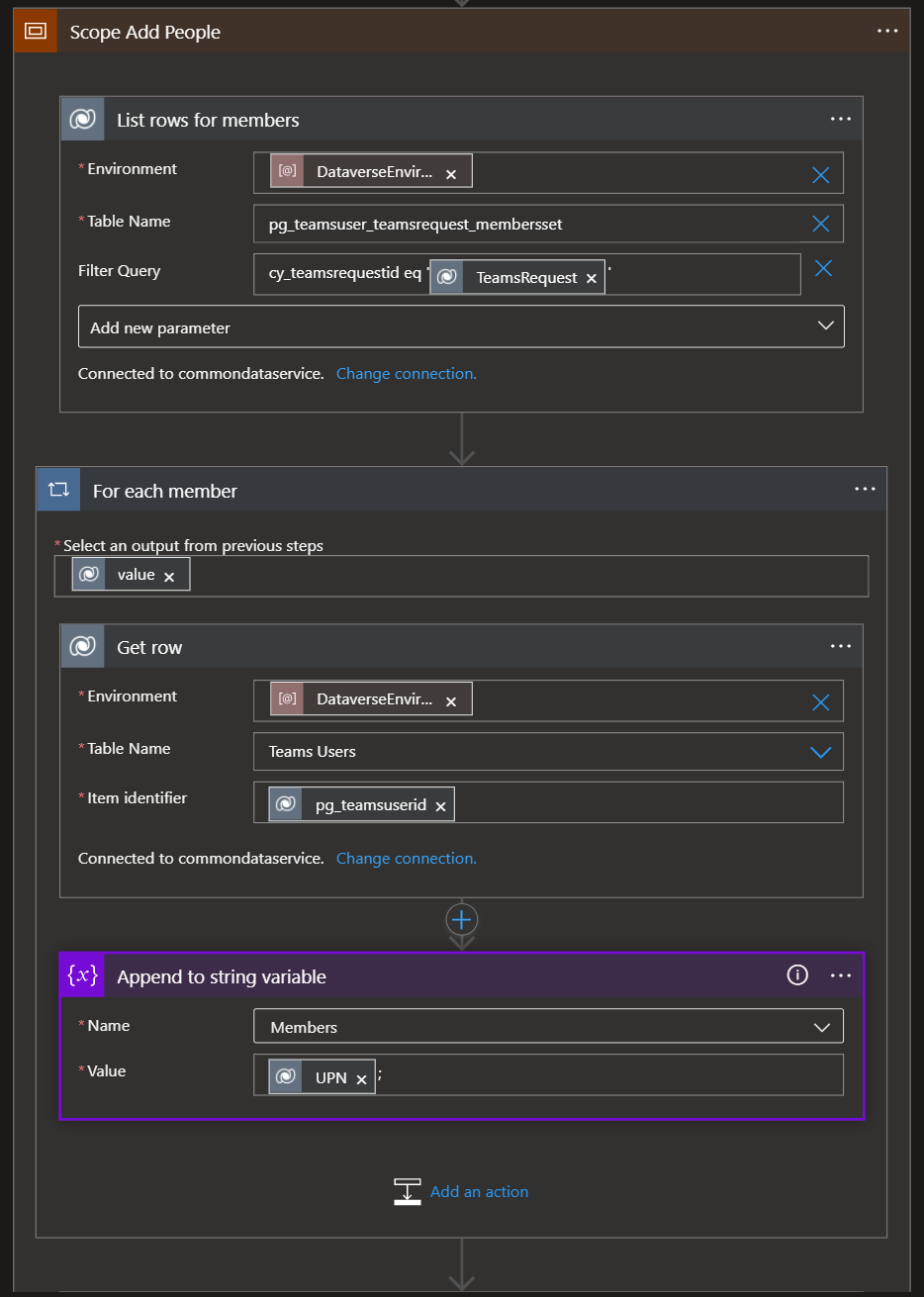 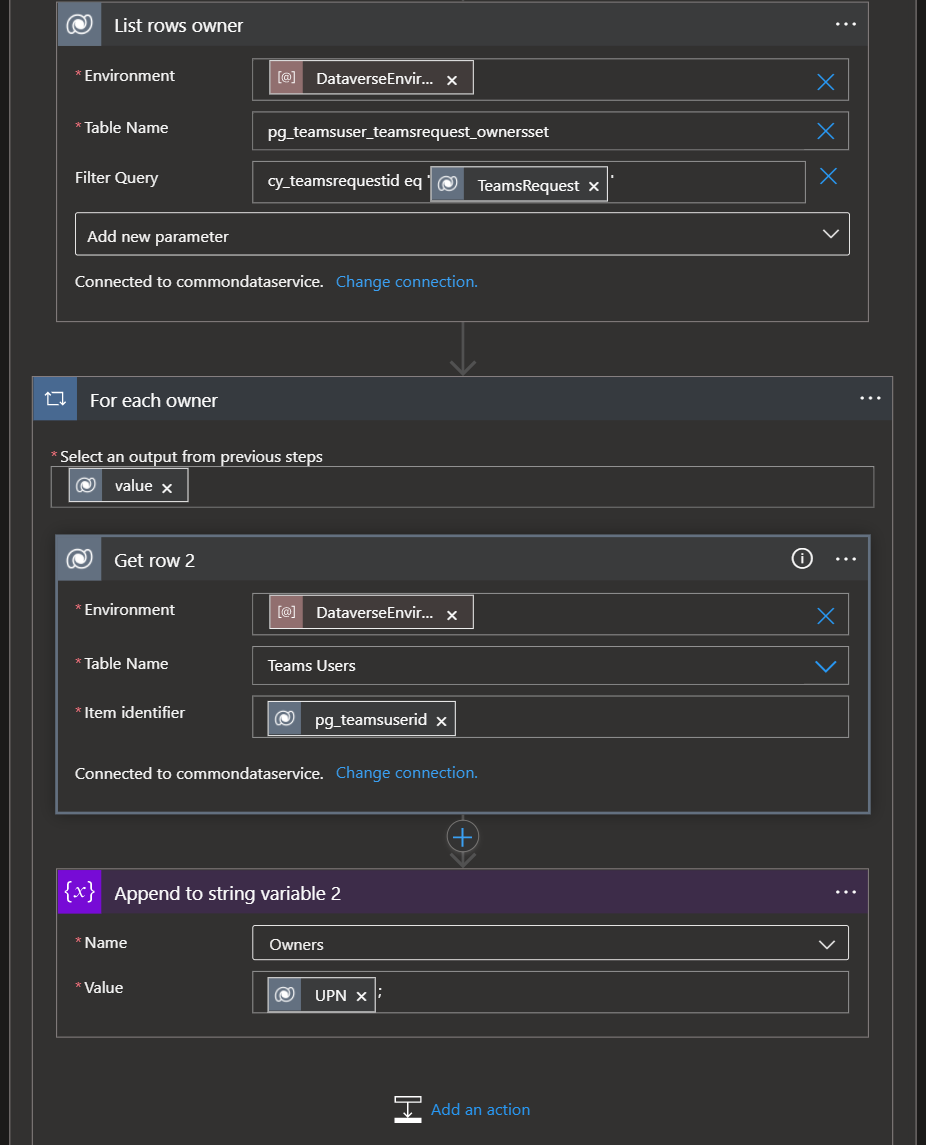 In the Create team flow, the requested team is created with the specified channels. Additionally, the wiki is removed from each of the channels. An overview of the flow is added below. 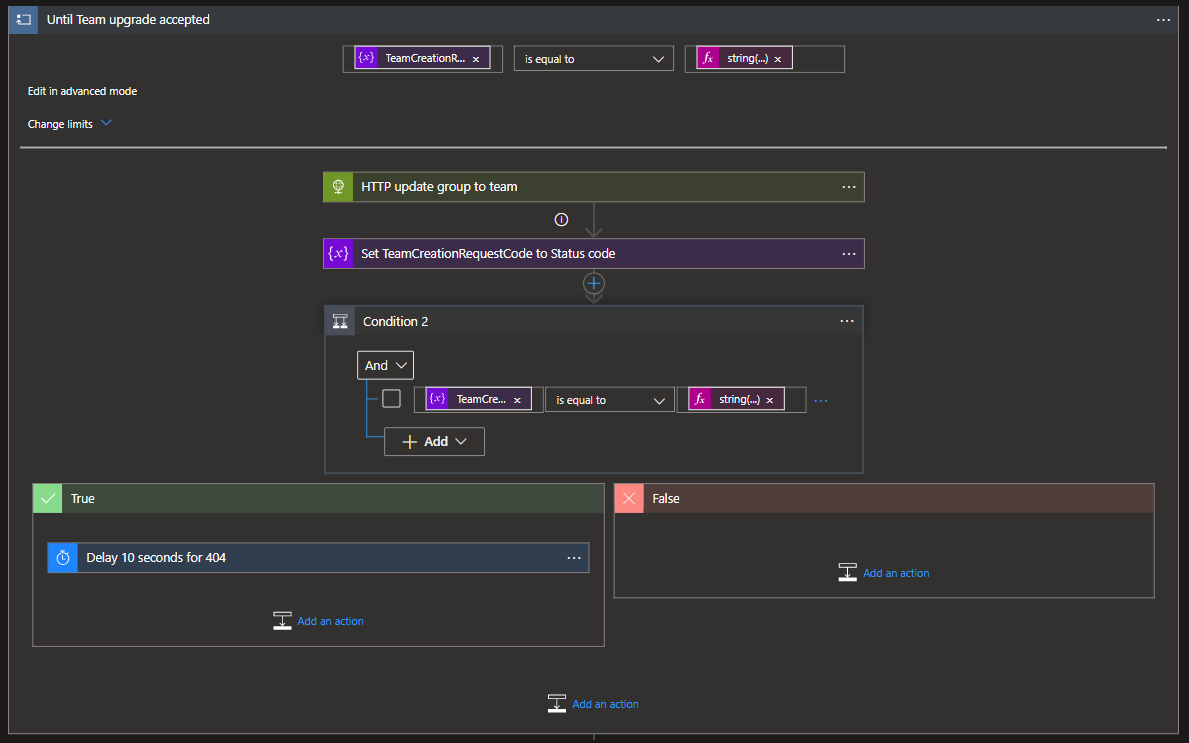 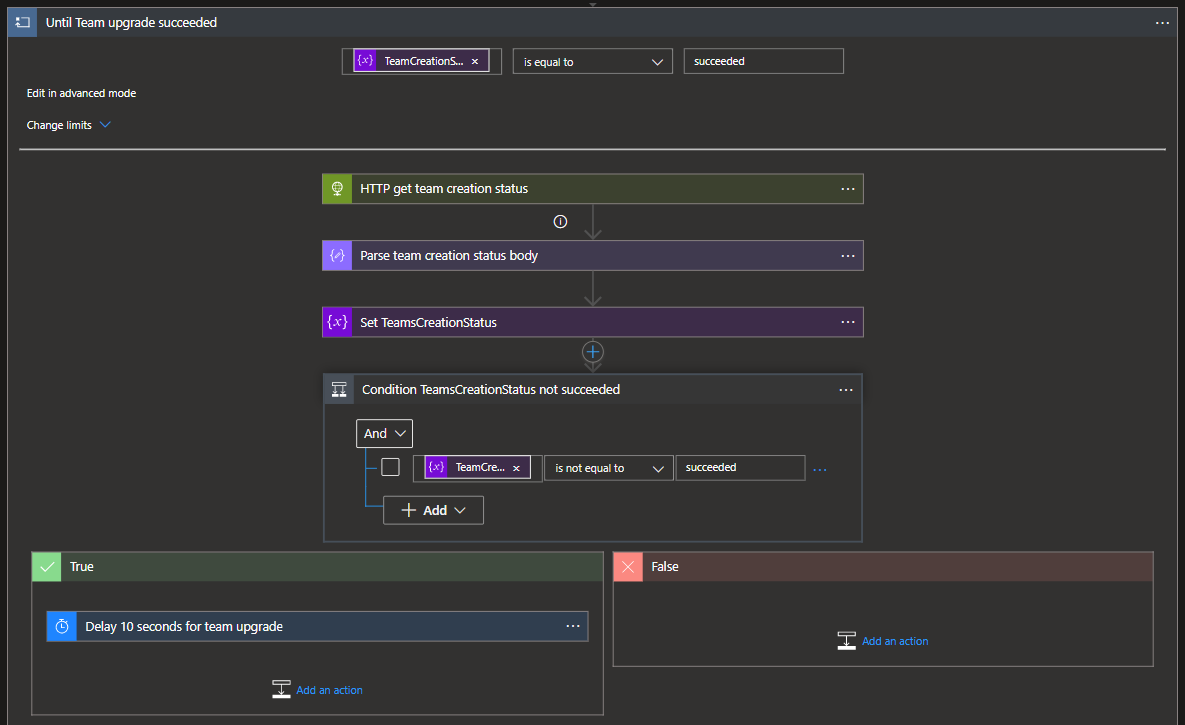 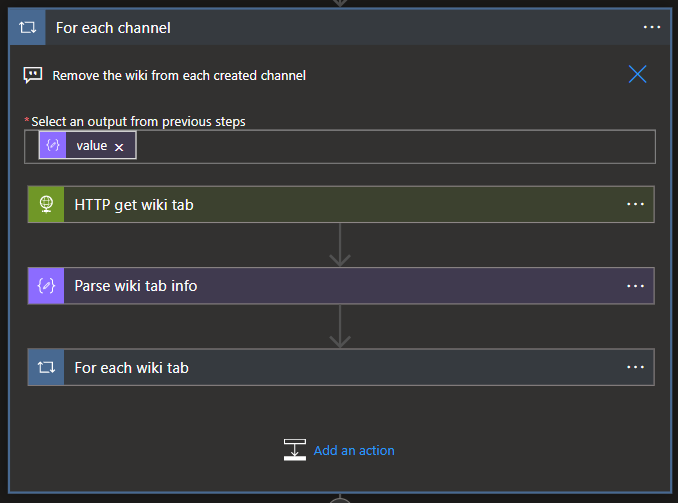 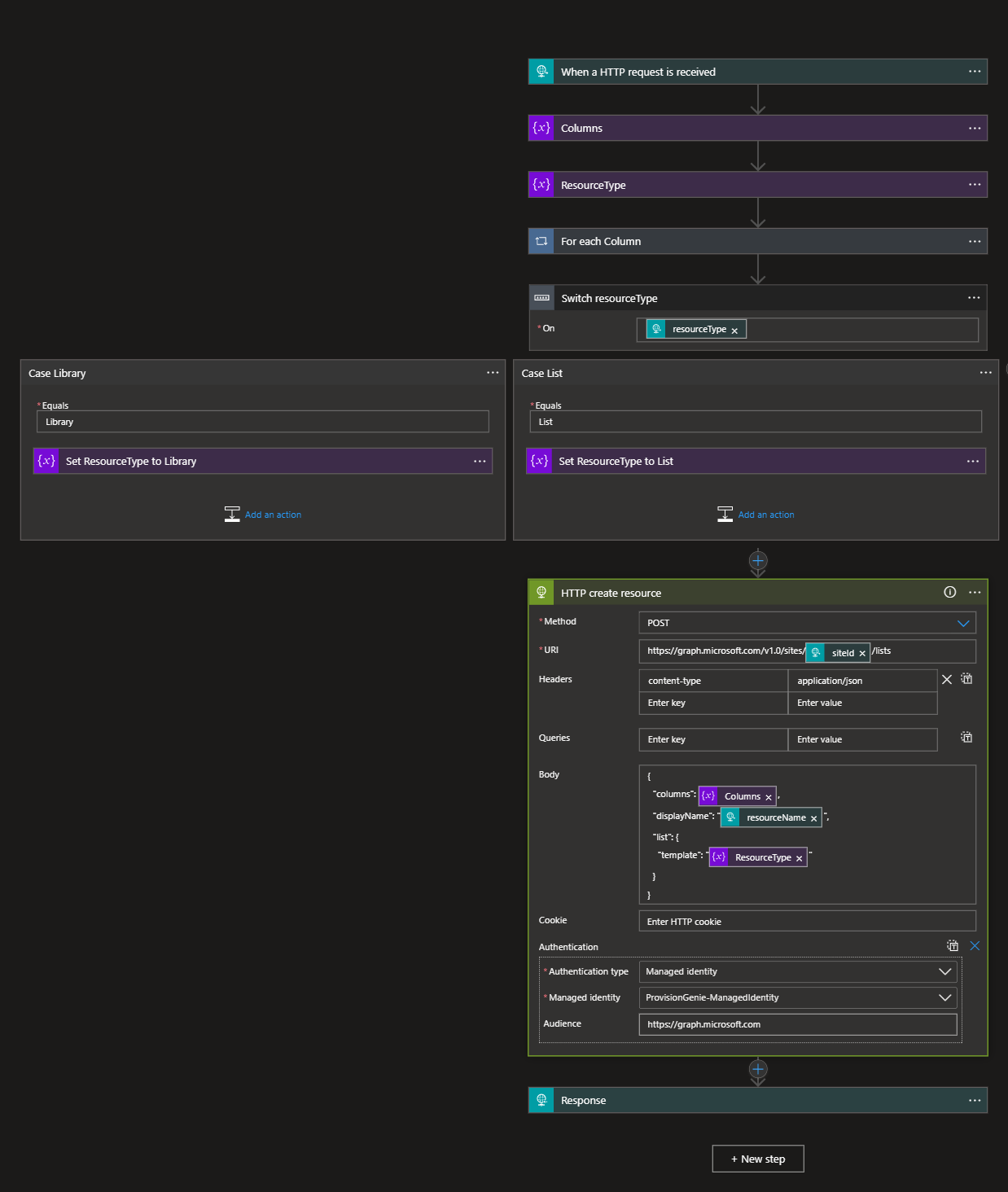 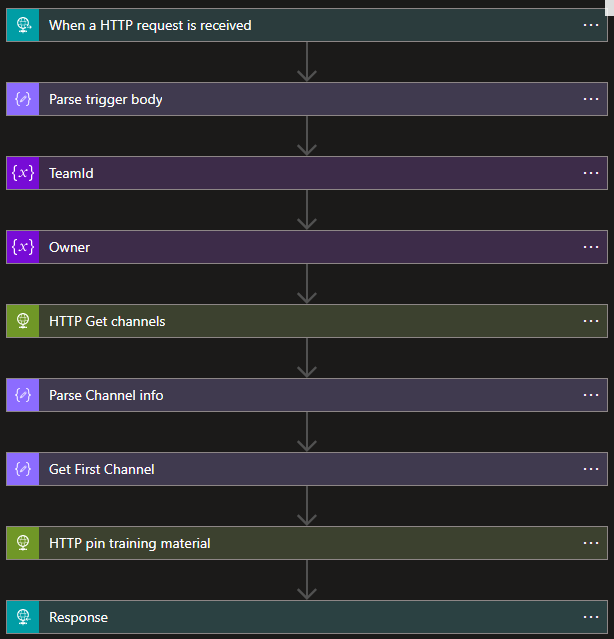 This flow adds the notebook of the SharePoint sites, that backs the team, to the channel General and creates the first section and the first page. 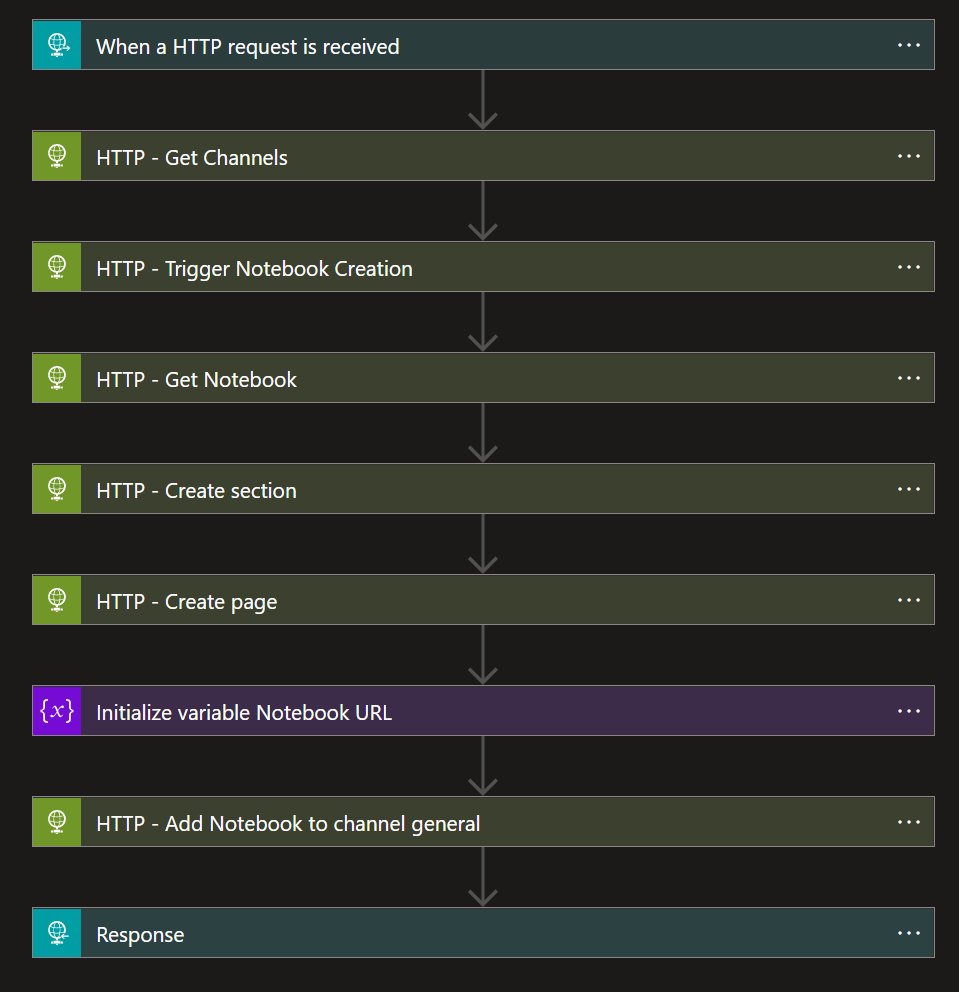